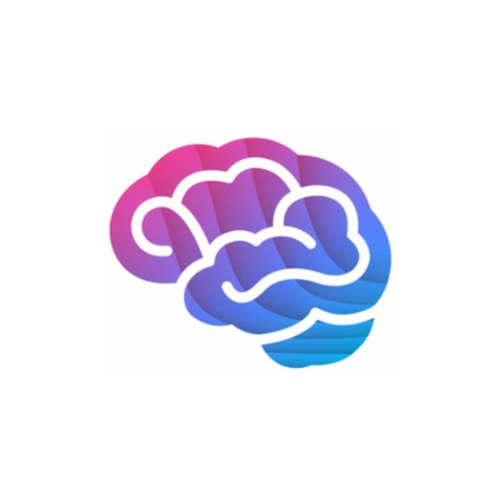 Body dysmorphic disorder or BDD can affect adults but also kids. This psychiatric condition is characterized by a persisting and intrusive preoccupation with a slight or supposed flaw in a physical aspect. This may affect children as much as adults.

The term body dysmorphic disorder came from the Greek "dys" for bad, "morphé" for form, and "disorder". The BDD can be characterized by a relentless search for perfection, idealization of the self, and an excessive interest in physical flaws. Body dysmorphic disorder can be defined as a preoccupation with one or more perceived defects in appearance. This excessive concern is not only focused on beauty but also on physical imperfections such as acne, facial blemish or scars, hair loss, and weight. One can also take into consideration birthmarks, asymmetry or genitals.

The child may also feel ashamed of their body and be reluctant to appear naked or change clothes in front of others.

In this article, we are going to talk about how to recognize body dysmorphic disorder in children.

It's important to understand that body dysmorphic disorder is an illness, it has nothing to do with not being very handsome or pretty because you can suffer from it even if your appearance is so-so. It affects the body image of someone who perceives a defect in a physical aspect. This perception can be very subjective and force the individual to carry out repetitive behaviors. These might consist of checking their body or grooming (hair, nails). Some people with BDD go through cosmetic surgery procedures but they may not find any satisfaction afterward.

It's also important to know that nobody has this disorder because of the way they look.

The American Psychiatric Association characterizes BDD by specific symptoms that include time-consuming, mental preoccupation with one or more perceived defects in appearance that are not observable to others. Children with body dysmorphic disorder will influence negatively their social relationships, both at school and at home.

Teenagers may feel very embarrassed by their appearance and avoid spending time with friends. They can show low self-esteem, social isolation, sadness, or irritability. In addition, they will be obsessed with the idea that something is not right.

It's important to know that body dysmorphic disorders are not uncommon in kids and teens. This category of problems must be taken into account for adolescents that may have a strong desire of changing their appearance through cosmetic surgery.

Individuals with body dysmorphic disorder will spend long periods thinking, checking, or grooming themselves in front of the mirror. It's also possible for them to avoid social activities such as spending time at school, playing sports, and going to parties.

BDD symptoms can affect their emotions and may cause depression or a lack of trust in others.

Obsessive-compulsive disorder in children can be manifested by several symptoms that generate anxiety, such as obsessive thoughts about germs or dirt or repetitive behaviors such as handwashing more times than would normally be necessary.

In the case of children, the obsessive-compulsive disorder may lead to school difficulties and affect their relationships with family members. In addition, some children may not complete activities necessary for their age, such as dressing or taking different foods at lunchtime. This is because they are obsessed with that task or they may feel dirty during the process.

Parents should be aware that OCD in children can also affect the behavior of their children without being able to identify it. For example, they may find it difficult to fall asleep and always go back and forth with the same question, such as:

"What if I left the house and the door was open?"

Children or teenagers with obsessive-compulsive disorder can often be seen interrupting conversations they have with others. They want to make sure that everything is right. This behavior is known as "perseveration".

What Causes Obsessive-compulsive disorder in children?

Although the cause of OCD is not yet known, scientists believe that it may be related to genetic vulnerability and brain function. This means that some people are more likely to develop this type of disorder than others. In addition, it may also be influenced by a neuro-chemical imbalance in the brain.

The good news is that today's treatments for OCD in children can help control its symptoms and improve their quality of life.

Children and Body Dysmorphic Disorder: how to recognize it?

To recognize body dysmorphic disorder in children, it's important to note the following:

- The preoccupation with the perceived physical defect is always present (time-consuming).

- The child can avoid social activities because he thinks too much about himself.

- The child will spend hours in front of the mirror feeling self-conscious.

- The child can have low self-esteem, abnormal eating behaviors or over-exercise.

- Children who are overweight may see themselves as being too fat.

As previously said, body dysmorphic disorder is characterized by having a preoccupation with one or more perceived defects of their physical appearance that are not observable or appear to be exaggerated.

Body dysmorphic disorder diagnosed in children and adolescents should be subjected to specialized psychological therapy. Cognitive Behavioral Therapy (CBT) has been the preferred therapy for obsessions and compulsions in recent years.

In addition, exposure with response prevention is also effective in treating BDD in children and teenagers who want to avoid feared situations such as exposure to a mirror.

This exposure and response prevention therapy is currently considered the most effective treatment for OCD in children. In this type of therapy, a child focuses his attention on objects or situations that produce anxiety (such as looking at oneself in the mirror). Then, he should avoid engaging in any compulsive behavior.

In addition, treatment for BDD in children can also be carried out by treating the OCD that accompanies ASD, including anxiety-type disorders. This is usually done with selective serotonin reuptake inhibitors (SSRIs), a class of antidepressants used to treat obsessive thoughts and compulsions associated with OCD.

Currently, there are no specific guidelines for the treatment of BDD in children, but usually, psychiatrists usually use a combination of cognitive behavioral therapy and pharmacotherapy.

Although there are no specific guidelines for the treatment of children with obsessive-compulsive disorder, CBT is still considered the preferred therapy for treating obsessions and compulsions.

In addition, exposure and response prevention is also effective in treating BDD in children who want to avoid feared situations such as exposure to a mirror.

How is Body Dysmorphic Disorder Diagnosed?

To be diagnosed with body dysmorphic disorder, the child must:

- Be preoccupied with one or more perceived physical defects or imperfections.

- The preoccupation must be excessive and interfere with the child's quality of life.

- The child must believe that the physical defect is noticeable to others, even if it is not.

- The child must be resistant to reassurance from others about their appearance.

- The preoccupation can't be better explained by another mental disorder, such as an eating disorder.

If a child meets these criteria, he or she may be diagnosed with body dysmorphic disorder.

What are the Complications of Body Dysmorphic Disorder?

Body dysmorphic disorder can lead to several complications, both mental and physical.

If left untreated, body dysmorphic disorder can lead to several serious complications. It is important to get help for a child who is exhibiting signs of the disorder.

Children who develop eating disorders may be obsessed with food and body image. These children usually value their appearance above everything else, which is often accompanied by dissatisfaction or anxiety about how they look (eg, thinness).

Treatment for BDD in children can be difficult because they usually do not recognize their symptoms as abnormal. Many only seek treatment after being diagnosed with an eating disorder, so there is often comorbidity between the two disorders.

At present, it lacks evidence that SSRIs are effective in treating BDD in children and adolescents.

The important thing is that treatment for BDD in children can help reduce the associated symptoms of eating disorders and vice versa.

10 celebrities with body dysmorphia: who are they?

Thank you! Your submission has been received!
Oops! Something went wrong while submitting the form.
END_OF_DOCUMENT_TOKEN_TO_BE_REPLACED
Maladaptive Daydreaming